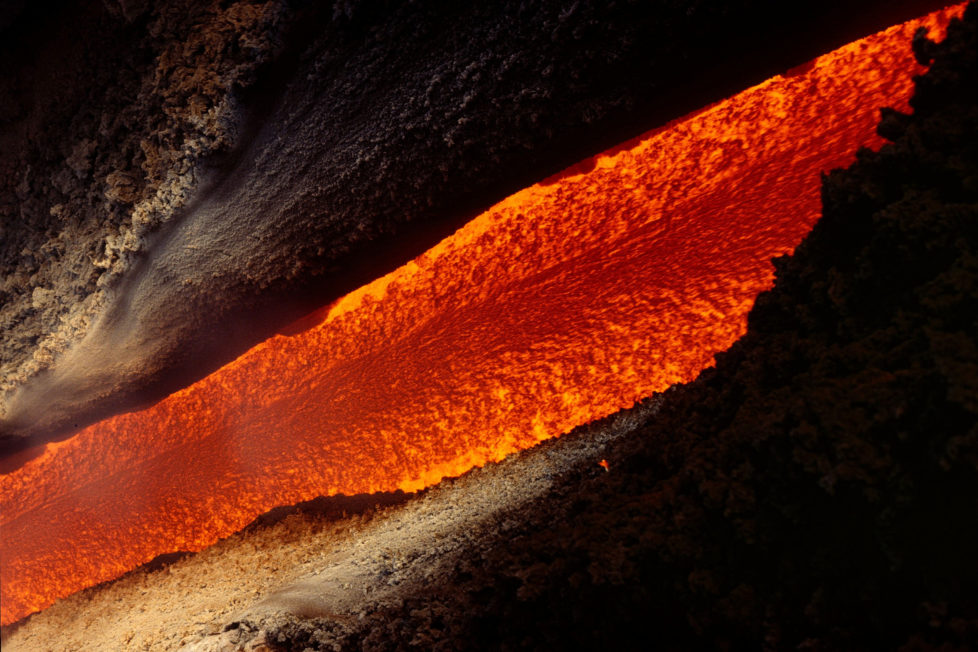 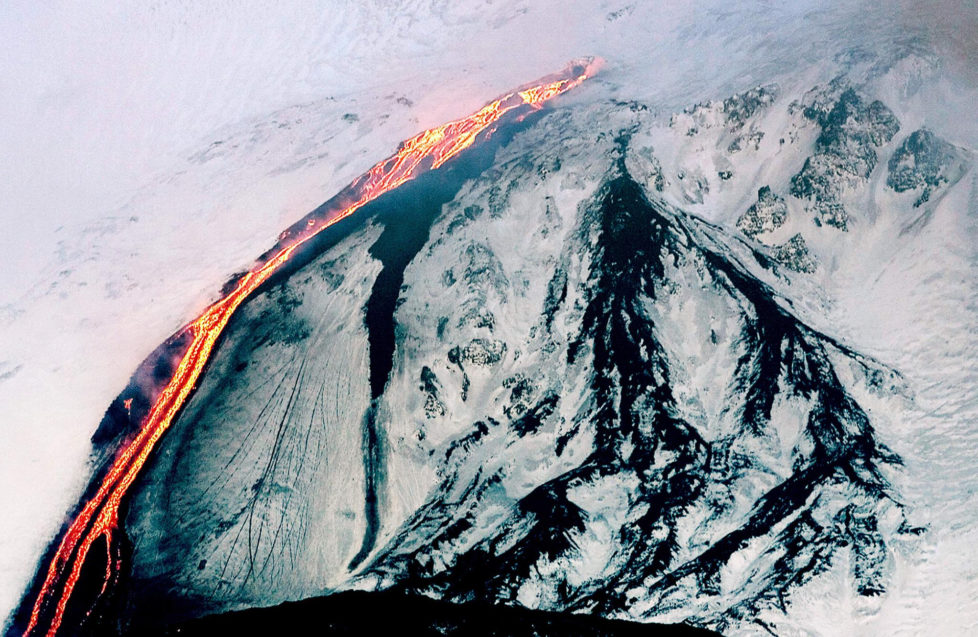 A view of Mount Etna, showing the new lava stream advancing at regular speed on the Valle del Bove, 18 February 2005. According to the experts of the national Institute of volcanology of Catania, the phenomenon is connected to landslides in the inner culverts of the volcano. AFP PHOTO / Fabrizio VILLA / AFP PHOTO / FABRIZIO VILLA 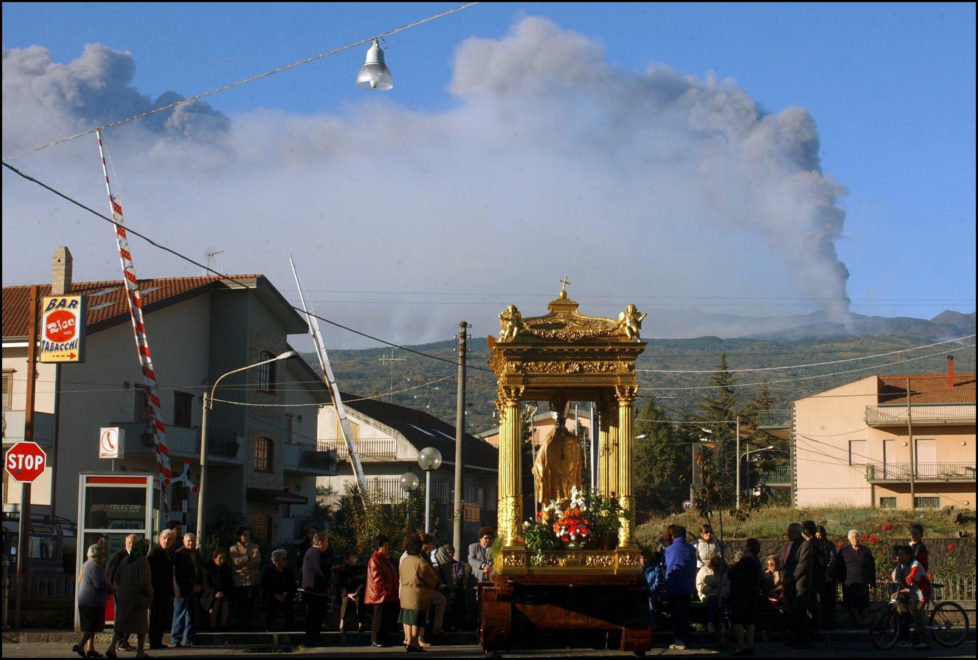 ITALY – OCTOBER 30: Mount Etna, Europe’s biggest and most active volcano, came to life again, with a river of lava coming out of its mouth and a series of quakes damaging buildings on its slopes. Townspeople of Linguaglossa praying Saint Egidio for the lava flow to stop in Sicily, Italy on October 30th, 2002. (Photo by Eric VANDEVILLE/Gamma-Rapho via Getty Images) 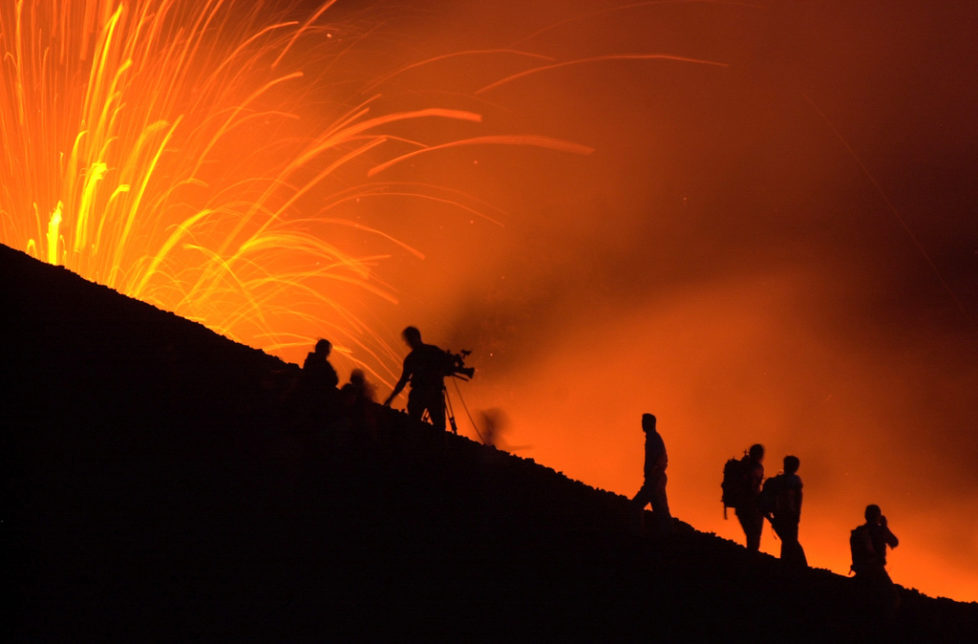 Cameramen and photographers work as lava spews from of the fractures opened up on the Mt. Etna, near Nicolosi, Italy, Wednesday, July 25, 2001. Despite new tremors and continued spectacular bursts of lava, a top Cabinet official pronounced the situation under control Wednesday after flying over the volcano. Etna which towers 10,860 feet above Sicily, comes to life every few months. The last major eruption was in 1992. (AP Photo/Pier Paolo Cito) 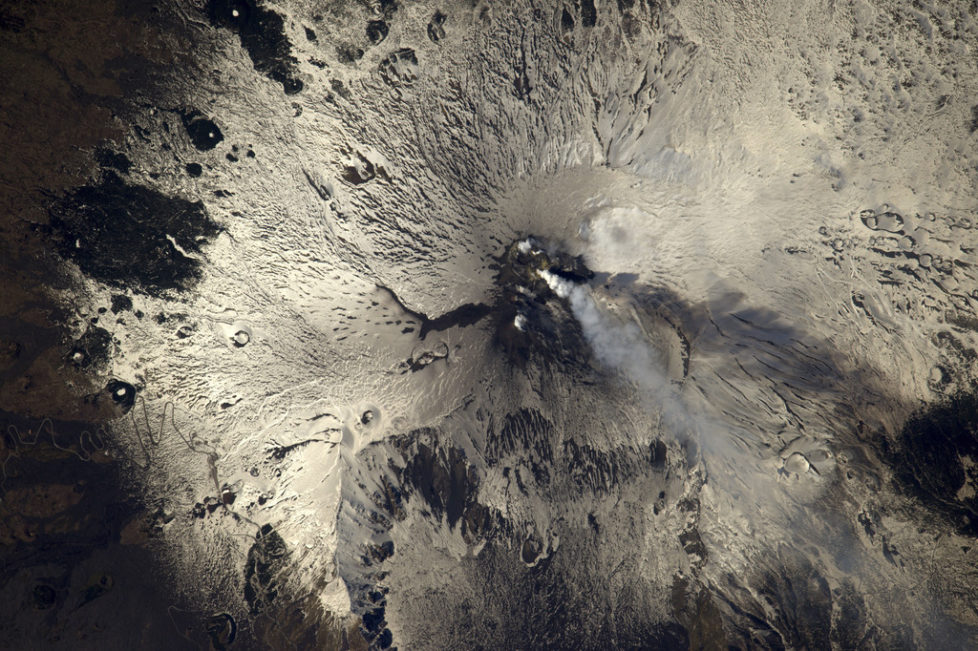 In this aerial photo taken on March 3, 2017, and made available on Wednesday, March 8, 2017, smoke billows from the Mt. Etna’s volcano, near Catania, in Sicily, southern Italy. (Thomas Pesquet/ESA/Nasa via AP) 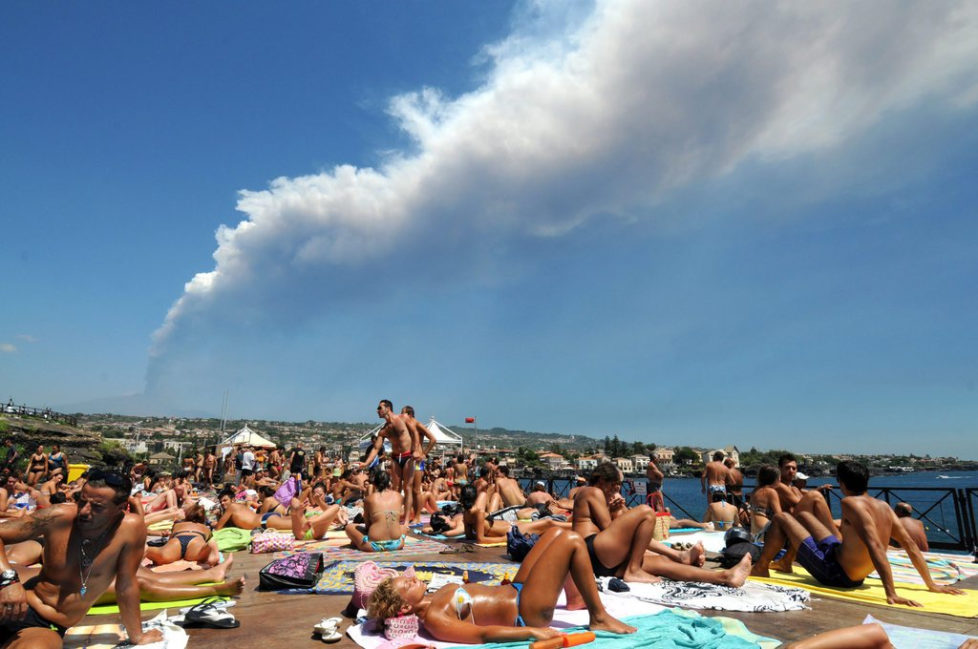 epa02864285 A cloud of smoke emitted by Mount Etna volcano, during a new eruption with lava flows into Valle del Bove, early 12 August 2011. This is the sixth eruption in just over a month, announced, like its predecessors, a Strombolian activity visible from a considerable distance, as shown in the photo taken from a platform on the sea near the port of Catania Ognina. EPA/ORIETTA SCARDINO 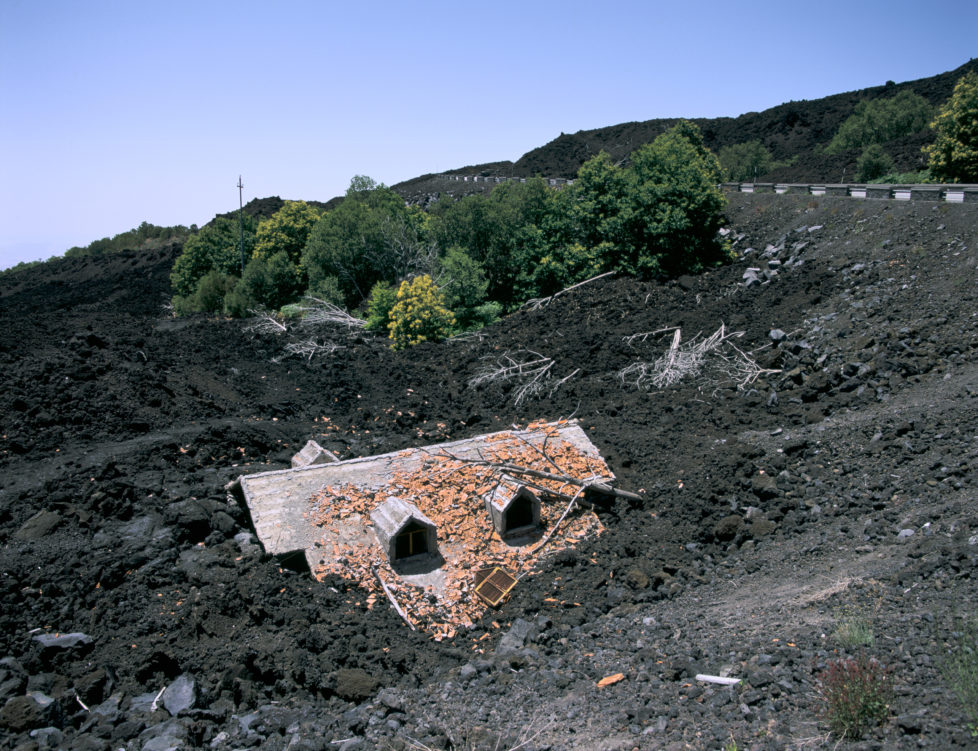 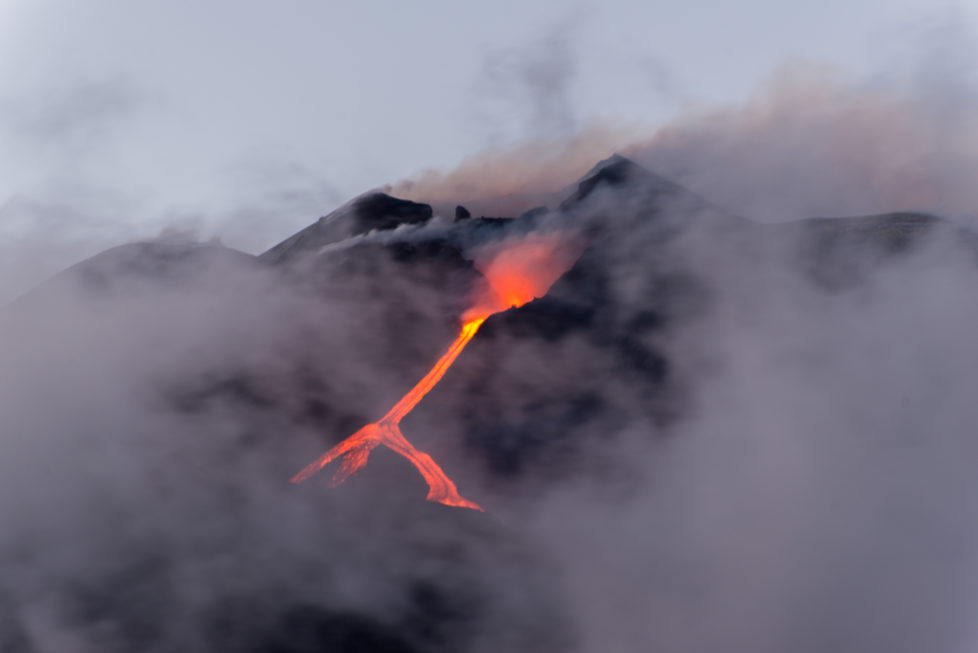 CATANIA, ITALY – APRIL 20: Lava flows from a vent at the top of southeast crater and from the old fracture active since march 2017 at the base of southeast crater of Volcano Etna as its eruption activity continues on April 20, 2017 in Catania, Italy. (Photo by Salvatore Allegra/Anadolu Agency/Getty Images)